The primary focus of our lab is to discover new potential drugs to treat infectious diseases.  We specialize in medicinal chemistry, synthetic organic chemistry, and drug discovery and partner with collaborators whose expertise is in disease biology and pharmacology.  Current projects of particular focus in the lab include anti-parasitics (Cryptosporidium), anti-virals (Hepatitis B virus), anti-fungals (Cryptococcus neoformans), anti-bacterials (Mycobacterium tuberculosis​), and rare diseases (facioscapulohumeral muscular dystrophy, FSHD). 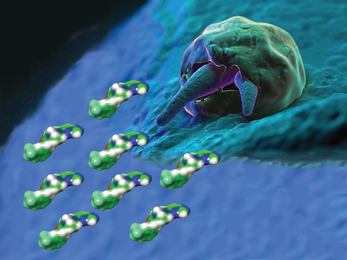 The largest project in the lab is dedicated to identification of a new drug to treat cryptosporidiosis, a diarrheal disease that is caused by the parasite Cryptosporidium.  Two current grants from the NIH’s National Institute of Allergy and Infectious Diseases (NIAID) support project collaborations between the Meyers and Sverdrup labs at SLU and the Huston lab at the University of Vermont towards the development of three potential new classes of drugs (R01 AI143951 and R33 AI141184).

Infection by the parasite occurs by swallowing contaminated water or food by both humans and livestock.  The parasite invades the lining of the small intestine where it reproduces and causes the disease cryptosporidiosis.  Acute cryptosporidiosis in humans is characterized by severe diarrhea lasting about 2 weeks, associated dehydration and malnutrition, and potentially death.  The disease is not typically serious in health individuals with access to good health care, but it can be life-threatening for those with a weak immune system.   In 2016, approximately 48,000 children under the age of 5 perished from the disease, primarily in sub-Saharan Africa.  Furthermore, chronic infection by the parasite leads to subclinical symptoms resulting in growth stunting and malnutrition leading to a significant reduction in quality-of-life metrics.

There is only one FDA-approved drug for treating cryptosporidiosis, nitazoxanide.  However, this broad-spectrum antibiotic drug is only partially effective in babies and is not effective in immunocompromised individuals, leaving no good treatment options for the patients most vulnerable to the disease.  The Meyers and Huston labs have been working towards identification of an entirely new class of drugs to treat the disease since 2015.

Dr. Chris Huston, an infectious disease expert, has screened hundreds of potential drugs to identify multiple promising “hits”, a term that describes a chemical starting point for drug discovery.  The Meyers lab has led the effort to optimized these “hits” into “leads”, a term that describes advanced compounds with the potential to become drugs upon further modification.  Meyers’s team of undergraduate students, graduate students, and post-doctoral fellows design and synthesize new analogs of these hits.  Huston’s team of graduate students and technicians then test the new analogs for their ability to inhibit the growth of the parasite in human intestinal cell lines and in animal infection models such as mice and dairy calves.  Dr. Fran Sverdrup, a molecular biologist with expertise in drug discovery, leads a team that determines what happens to drug molecules once they are administered to living beings (e.g., how quickly molecules are absorbed and metabolized).

Through an iterative process, the team has identified lead compounds in three distinct chemical series that possess more than 10-fold greater potency than nitazoxanide as well as efficacy in animal infection models.  The team has published their initial work for one of the series (Oboh et al., Optimization of the Urea Linker of Triazolopyridazine MMV665917 Results in a New Anticryptosporidial Lead with Improved Potency and Predicted hERG Safety Margin. Journal of Medicinal Chemistry, 2021, 64, 11729-11745) and filed a patent application (WO 2021/252505, published December 16, 2021).  This work has been presented at a number of venues including the Third Symposium on Innovative Therapeutics for Cryptosporidium in 2021 and the Medicinal and Bioorganic Chemistry Foundation 15th Winter Conference in 2022.

Current efforts by the team are focused on further potency and safety improvements while simultaneously developing the other two lead series in order to meet the long-term objective of identification of new drug candidates for cryptosporidiosis. 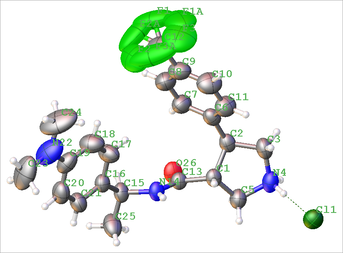 We have been systematically optimizing phenotypic antimalarial screening hits as potential new drugs.  We have shown some of these compounds to inhibit aspartic proteases (plasmepsins II, IV and X).  Our most promising compounds are active in mouse models of malaria.  We are also working on inhibitors of the MEP pathway. 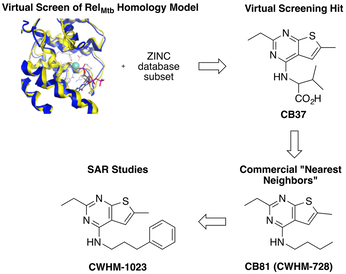 ​We have identified a novel class of compounds that potently and selectively kill Mycobacterium tuberculosis (Mtb).  These compounds appear to be working through a novel mechanism of action which suggests they have the potential for treating drug resistant Mtb.  We are also working on target-based drug discovery project seeking to develop inhibitors of the hydrolase domain of RelMtb. 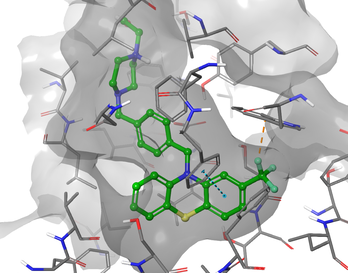 ​Cryptococcus neoformans is an opportunistic fungus that kills over half a million people every year, primarily those infected with HIV in Africa.  We are working to develop inexpensive and more effective drugs that can be utilized in resource poor regions of the world. 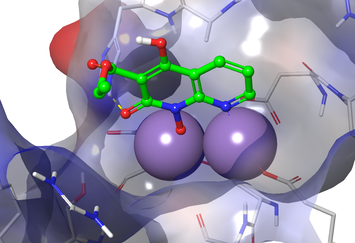 ​We are optimizing multiple classes of inhibitors of hepatitis B virus (HBV) that target RNAseH.

​We are optimizing multiple classes of potential drugs for herpes simplex virus (HSV).

​We are collaborating on a research project to discover and develop a drug therapy to prevent the loss of muscle in facioscapulohumeral muscular dystrophy (FSHD) patients.  The muscle loss experienced by FSHD patients is thought to be due to sporadic expression of the developmental DUX4 gene which is normally silenced.  We are optimizing compounds that repress the expression of DUX4 and its downstream targets as a potential treatment for FSHD.